In 1957, the Midget was launched as a "mini three-wheel vehicle that supports the lives of the public and is lowed by all." A television Commercial that featured a popular actor also became a topic of public interest, and the Midget generated a tremendous boom that became a social phenomenon. The following year, the Midget became the first three-wheel vehicle to be exported, and it continues to serve as a basic means of transport for many people in Asia. 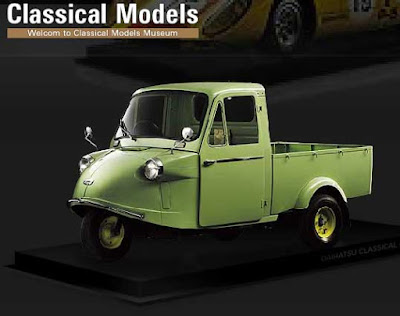