Japan's national roads and unpaved streets were very rugged. As a result of the trying conditions of roads before and after the Second World War, it was three-wheel trucks that played a leading role in the ground-based transport that supported economic growth. Following the War, rapid industrial development led to higher demand, and many new companies entered the market 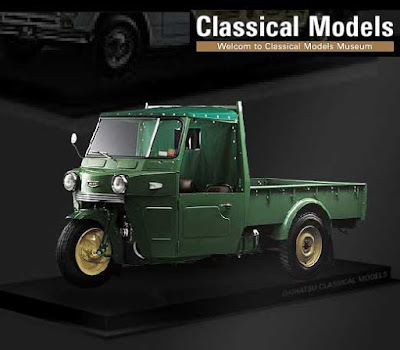